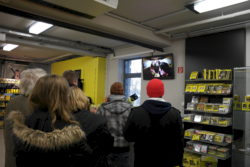 German first class soccer team Borussia Dortmund will be using kompas, the tried and tested digital signage solution by dimedis, for guided stadium tours. 20 displays placed at key locations around the stadium can be controlled via remote to show anything from general photo and video loops to more specific, individual content during tours. In addition, kompas will also be used for the promotion of special offers in the fan shop. Reasons for the BVB’s adoption of the award-winning digital signage system include the opportunity to adapt a more visual and emotional way to communicate with fans and visitors and the ability to combine static elements like photos and videos with dynamic content such as Twitter feeds, weather news and public transport timetables.

As the BVB’s stadium and event manager, Philip Hartmanis is responsible for the club’s digital signage project. When asked about his choice for kompas as the winning solution, he had this to say:

„We chose kompas because it is intuitive to use and based on web technologies. It does not require any kind of special software to be installed and can be accessed directly from the browser. The interactive features are another plus: It is easy to control kompas via remote or even with a smartphone. This allows us to show individual content on demand, for example during guided tours in different languages. The templates offered by kompas enable us to create content based on our CI and the software is stable and reliable. We are looking forward to offering our fans and visitors more information and entertainment than ever before!“ 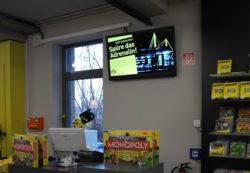 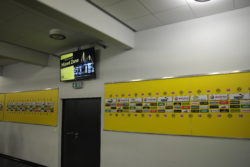 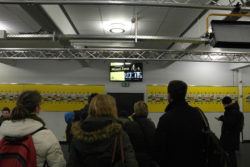